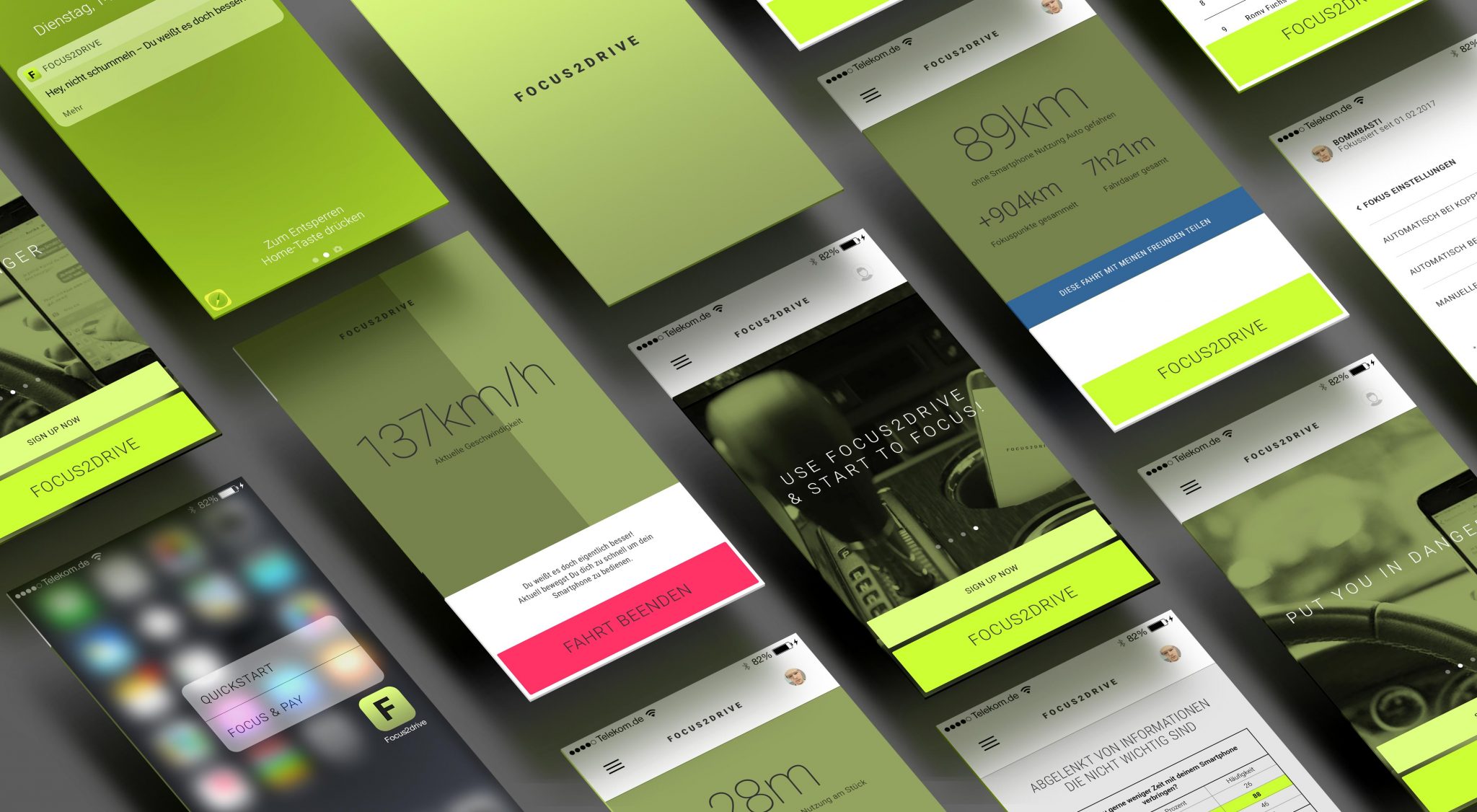 FOCUS2DRIVE
How to set up an App to preserve people from using their Smartphone while driving a car.

According to a recent survey by the opinion research institute “forsa”, 64 percent of all German drivers use their smartphone at least occasionally while driving a car. 71 percent often or even very frequently observe other traffic participants doing the same – using their smartphone while driving a car. Out of a survey conducted within the scope of this work, 54 percent of respondents use their smartphone while driving a car. These figures outline a normality in risky behaviour, that is admitted by the majority even self-critically. Regarding to an own survey, 40 percent of the participants admit that they are strongly distracted by the usage of smartphones – 20 percent are even very strongly distracted. In moments of distraction the smartphone is increasingly used to avoid boredom even in the approach. It is used while waiting in front of traffic lights, in tight traffic jams or even while driving. The environment including other participants of the public road transport were blown out for a period to get the newest information out of the smartphones notification centre. The rules of the road traffic regulations were disregarded quickly, because it´s only a short sneak peek on the display or a short message to a friend, nobody will get to know that! The danger is known to the users but is not realized in the moment of action due to subconscious interaction.
We all know that distraction in traffic is dangerous. It decreases road safety and is one of the leading causes of road crashes. It is time for us to take a stand against this horrible trend. FOCUS2DRIVE is an intelligent application intended to increase road safety, which allows you to focus on the road without losing the ability to keep in touch with the outside world. FOCUS2DRIVE automatically detects when you start driving your car and helps you, and others around you, keep your eyes on the road.
FOCUS2DRIVE is a concept that was done in the context of a MBA masters program. The concept involves an empirical study with 182 participants about distraction through smartphones with a focus on distracted driving. Beside the research and analysis part the concept includes an strategic design part and a communication concept to develop the app.

See the presentation as PDF